Dear Spotify. I tried to search for podcasts on your Desktop app. I know you’re into fancy cross-platform Electron framework. I’ve come to terms with it. It’s fine. It’ll do. But, your understanding of interface design seems like it needs a bit of a history lesson. Back in iTunes Good

Source: Dear Spotify. Can we just get a table of songs?

Honestly if you’re using the Electron framework for anything you’re not a software developer. You’re a piece of shit who writes shit code and is out to make the world a shittier place.

Alright, so when I’m getting on my bike I usually just load up spotify on my phone, get to the “Songs” section of the app then hit “Shuffle Play”.

This is when the problem starts.

Over the past few months I’ve noticed the service will just give me recycled playlistss that happen to include:

The thing is I do notice. I don’t want to listen to mere rehashes of what I’ve listened to before; if I really wanted that I would go just go listen to Pandora or regular FM radio. Just tonight I got the very same playlist I listened to twelve hours ago.

There are reasons for this, I’m sure. Maybe the processing power for random playlist seeds for millions of users is too computationally intensive to actually provide a profit to the company, as it does make money from actual playlists curated by humans; could be their devs are lazy assholes, like most developers I’ve met; could be the company just doesn’t care, as it happens with most companies that are on public stock markets. Could also be the CEO just wants everyones sucking his dick.

All I know is it annoys me and I’m looking to avoid this problem in the future. But I don’t know if any companies will actually safeguard my personal data should they go public, go get hacked, or worse— go bankrupt.

For the longest time I couldn’t figure out why it was doing this. One night it annoyed me enough that I went digging for the cause and found this link on how to disable devices from waking the system up.

In my case the device manager looks like this: 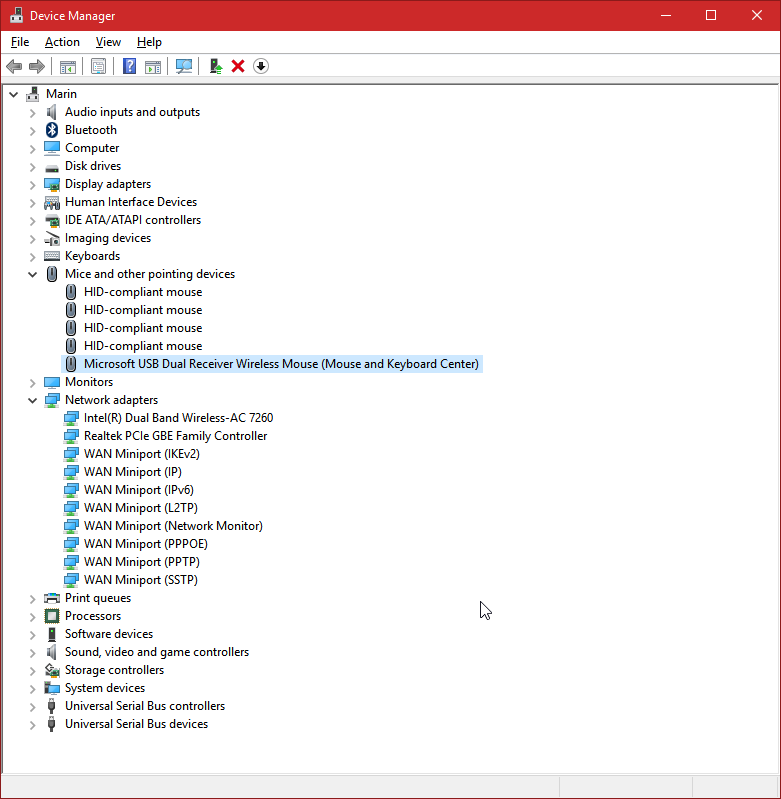 Under “Mice and other pointing devices” disabled all the HID devices except for “Microsoft USB Dual Receiver Wireless Mouse”. Both the keyboard and the mouse use the same receiver and I wasn’t sure if disabling it would also disable the keyboard. The article itself warns about being unable to wake the system up if you disable all devices.

Now, I previously had already disabled waking abilities on all network adapters but for some reason they always get re-enabled after a Windows 10 update. Worth double-checking after any and all updates.

As a bit extra, I noticed Spotify would wake the system up from sleep as soon as my phone connected to the local wifi network. Not sure why the Spotify developers think their application is important enough to warrant this, but the problem does go away once you disable waking abilities on network adapters.

This is a great place to start building it.