The Legend of Zelda

Congratulations, Mr. Aonuma – you never have. Instead, you’ve taken the teeth out of a hardcore series. There’s no real danger now, no risk, nothing to lose. You’ve redefined game designers as the ultimate helicopter parents.

The only difference being that in Link’s Awakening, victory over the Nightmares meant the destruction of an entire world. Ocarina of Time can’t really compare with destruction on that scale. You could pick to keep playing… but that would mean never leaving Koholint Island.

I never got the chance to play The Legend of Zelda well into adulthood — and via emulators at that. The first time I played it I was astonished. Where was the Owl? Where were the people needing help? Setting out on my adventure, I got killed. Then killed again. Then killed some more. I didn’t get frustrated per se, but I couldn’t relate to dying again and again. I thought I had left those days behind me.

I left the game behind, but all this time it still beckons with the same intensity one gets from playing any Mario game, Prince of Persia (the original), Doom, Quake, Fallout, Homeworld, Diablo, Castlevania, Contra, Beyond Good and Evil, and many, many, many more. Those games make me go back to them using the same argument Mr. Thompson makes. The argument they sweetly whisper into everyone’s ears as well.

Here is a world. Survive. 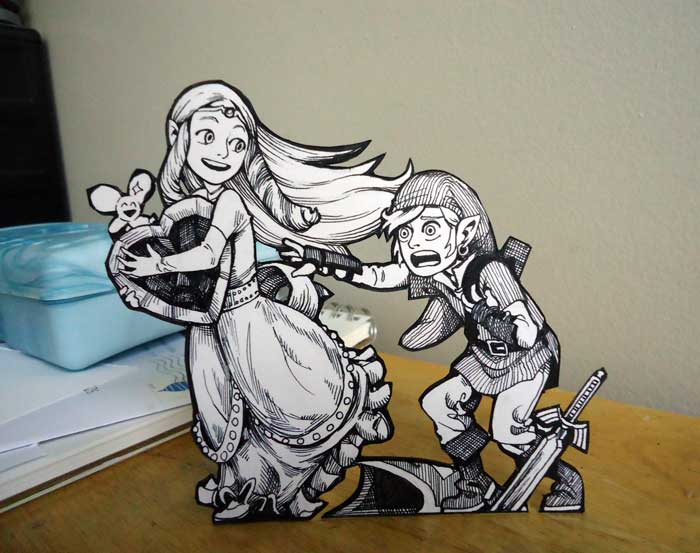