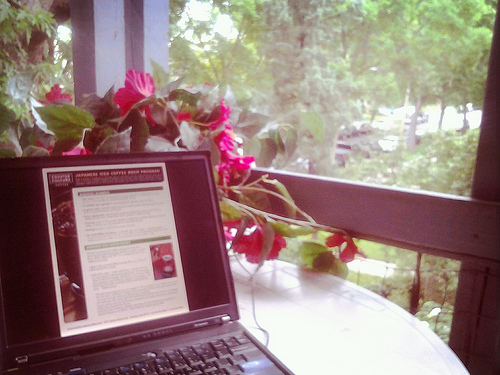 Life goes by, a photo by nullrend on Flickr. 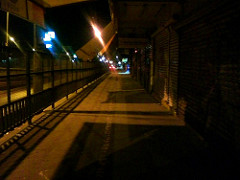 I know I’m not the only to think this! The picture above is just so you can have an idea of how empty the city is around that time in the morning.

When the Congress of our northern neighbor decided to move up Daylight Saving time a month a lot of people got screwed, although it’s not as bad as some people have it since I don’t have to get up even earlier in the morning to cross over the border, like my in-laws have to do. Traffic to cross is hell at those hours.

Last year it wasn’t that bad since I was on the night shift. My regular hour to leave was at 0600 and it got changed to 0500. Now, because I’m in the morning shift, instead of signing in at 0600 I have to be there at 0500. Using public transportation at this time is rather problematic because at 0430 most drivers are just leaving their houses or their bases.

I don’t think my floor supervisor will like the idea of having me be late for a whole month until both countries’ schedules match up.