After two years…. it was time to retire my trusty Thinkpad T60 that I turned into a WiFi AP for my LAN. Its name is blackslab and it’s been with me for about 8 years now. She’s earned a nice long break. 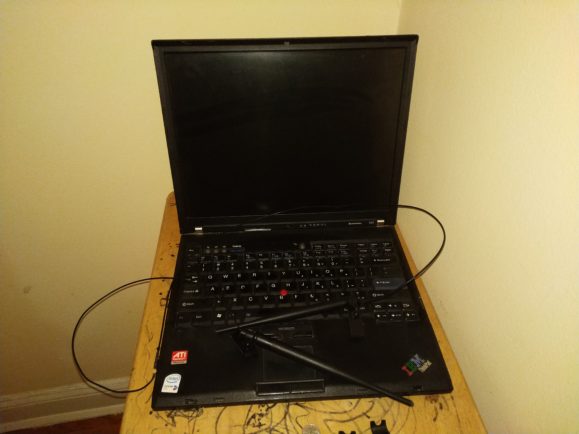 I had been running into a ton of issues lately:

So now I’m setting up FreeBSD on a small form factor PC to take its place. It’s not the cheapest when it comes to energy use but it should do the trick. In the interim I’ve got a cheap ASUS router running things since Windows ICS is so fucking unreliable; tried setting up FreeBSD through it and it was a slog.

Hopefully I’ll be able to stop banging my head against PF sometime in the next 12 hours so I can actually set the thing up as the main LAN controller.