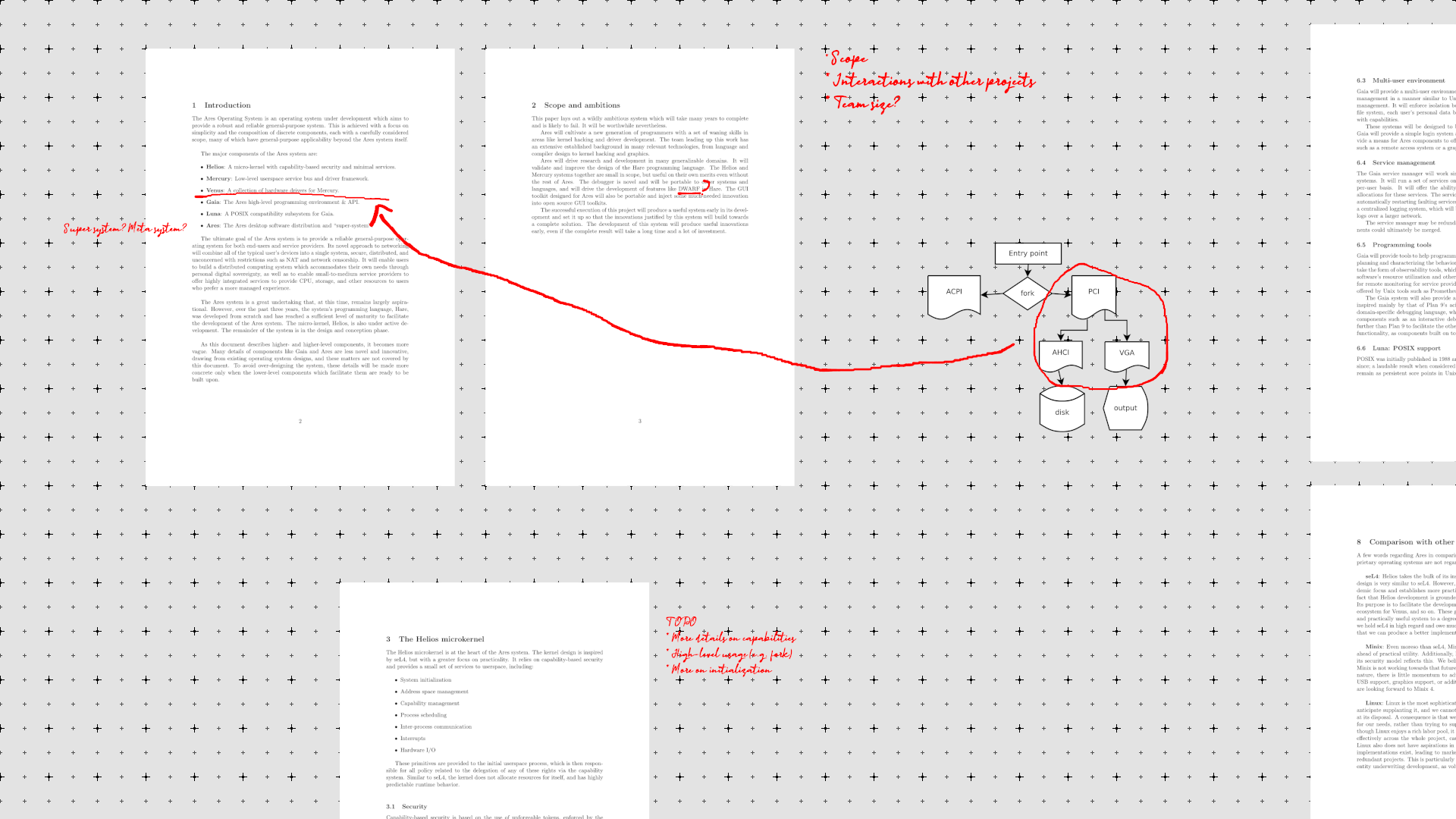 So we took the upgrade onto Android 12 for my phone. It’s just nice, much has already been said about it so not going to repeat any of that. We do have one bone to pick and it is that the youtube app is now permanently installed onto the phone and it ignores any of the preferences you had set in Android 11. It just so happens we have NewPipe as my preferred app cos Reasons. Here’s my workaround for that.

There, you can now enjoy youtube videos in Android 12 without youtube trying to ram any of its paid options down your throat every other video.

‘k, so in a previous post I wrote how I reworked my note-taking and went back to plain text. I had to make a few changes since then:

Switched out Epsilon for Markor, which is prettier and less of a pain in the ass. But trying to set it up is when I started running into an issue with Nextcloud:

It does not support bidirectional folder sync. At all.

The way Nextcloud syncs everything means you have to access your files through the Nextcloud app instead of being able to use your usual app to open a file. It’s not that much of a change but it does prove annoying because that change is forced on you by the application instead of you (the user) adjusting your workflow organically. People have been requesting this ability since 2016 and the app still doesn’t have it.

When I was using Dropbox as my syncing backend my workflow would be like this:

To replicate the default desktop behavior (syncing to local filesystem) you end up having to use other apps like FolderSync. This way files and folders are available just like any other file on the Android device, letting you use automation or customization apps without issues, and saving you from having to configure syncronization settings for each app. Looking at you, Joplin.

My suspicion is Nextcloud developers are doing it this way to increase your awareness of the brand and the application, following the footsteps of Dropbox. For the longest time Dropbox was a rock-solid syncing application that did one thing and it did it really well, but now they’re trying to force changes nobody likes in an effort to make more money.

If this is indeed the case Nextcloud developers are learning all the wrong lessons from Dropbox’ failure to understand what it had. Instead of strenghtening its core they’re throwing a million other things at the wall to see what sticks:

Nextcloud has a chance to do that one thing well and do it better than Dropbox ever did— that is, file syncing. I feel they’re consciously choosing to throw it away because they want to get a bit more clout and a bit more money. If they keep at it they’re going to end up like Mozilla. 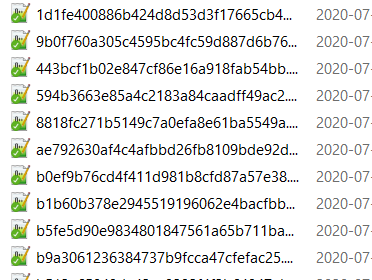 It’s been a long while since that last post I did and my setup has changed a lot:

Actual applications installed on my desktops and laptops

There are some single-purpose utilities I’ve discovered in the interim that are extremely useful for working in Windows 10.

There are some things that underpin all of these applications but I think I’ll leave it as-is. It’s pretty fun to see how my workflow changes over time.

Before, buying a Nexus meant you had to deal with a bad camera or poor battery life, but the Nexus 5X and 6P are the first Android devices built with few to no compromises. The one thing you could complain about is the lack of wireless charging, but we can deal with that. The camera on a Nexus is finally good. The 12.3 MP cameras can hang with phones that are nearly twice the price of the 5X.

I broke the screen on my Canon S100 and the camera on my Nexus 5 is not the best. So by all appearances either phone is a worthy upgrade.

It was just released to the wild, and yet I’ve already found cause to question the integrity of the product: 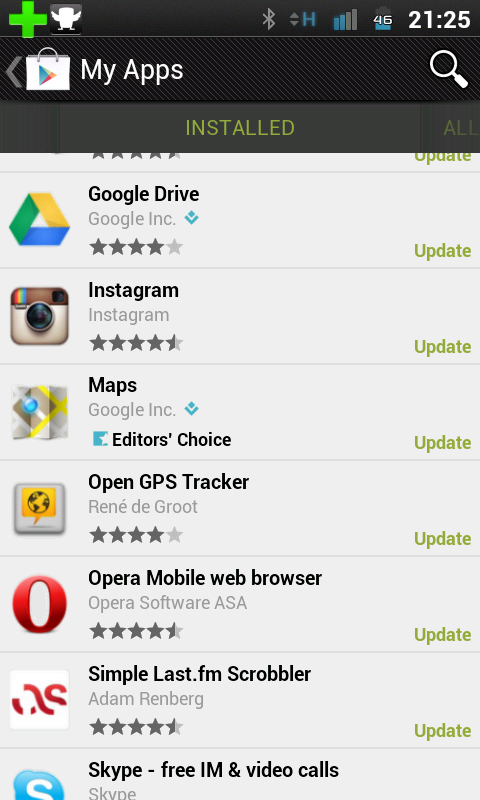 When looking at the list of installed apps, it’s asking me to update the app, when I know for a fact it hasn’t even been installed to my phone. I’m used a rooted phone and a custom ROM, so it’s not like T-Mobile just put it there without my knowledge.

That sort of behavior is disingenuous as best, and evil at worst. Can there now be any doubt Google has just become another company like the rest? 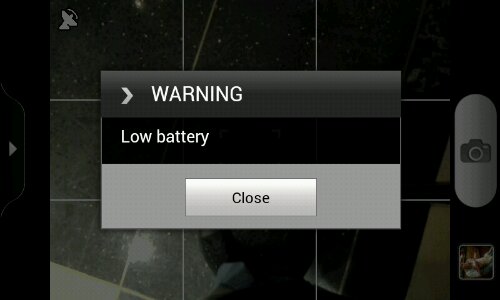 You are expected to take the picture until the battery is dead and buried. Not this.

I wrote this review on the Android Market, but the service mangles all formatting so comments end up looking like crap.

I’m sorry to say that the interface changes implemented for 3.00 changed the app for the worse, just by removing two key pieces of functionality:

Between those two, your actions will be that much slower. Gone is the ability to begin a tweet, pull up to review your timeline, then pull down again to finish it. Looking through old tweets and want to get back to the top? Too bad, you’ll have to flick through all those tweets in between.

Interface now has a “Home” screen, allowing access to search, favorites, trends, lists and “columns”, headers for which are always displayed. From here you may setup which columns you want to see on the interface, and in which order. Sadly, the “home” screen itself cannot be removed. In previous versions the “home” column was the timeline, but apparently users cannot figure that out. This all makes for additional wasted screen space.

This new version feels, all in all, made by developers who firmly believe their users are idiots who need to be hand-held to use the app. You are better off staying with the last version of Plume 2.x, at least until that basic functionality is re-implemented.

It looks to me that in their rush to make the app compatible with Android 4.0, the developers threw aside some of the things that made their app unique. These things had been there since the first versions of the app, so it makes you wonder if the Google UI guidelines were written with an “all our users are idiots” mentality.

These changes to the app made a lot of the things that were understood implicitly about functionality to be displayed explicitly. Attempting a better User Interface made for a poorer User Experience.

When it comes down to it, another case of the UserFriendly Police beating down a good app.

What’s in a Name? | The Intercom Blog