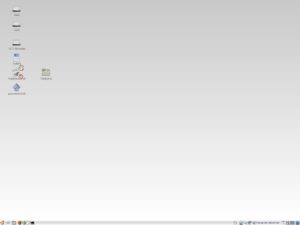 Migrated over to Ubuntu 8.04 64-bit, so haven’t posted much because of that. I’m trying to wean myself off Windows. The screenshot above is how it currently looks at 1600×1200. While it does look like Windows, obviously I’m able to do so much more (nmap, anyone?) plus I really don’t like the default GNOME look. Too much wasted screen real state.

I still need to figure out how to get my nokia cellphone to work with it without resorting to virtual machines, import my winamp library ratings over to amaroK (try rating 8000+ songs all over again) and set up a working LAMP stack

What made this possible was the installation of DD-WRT onto my Linksys WRT54g router, enabling me to use it as a bridge to the main AP and bypassing the crappy no-name wlan card I installed on the system a looong time ago. I need a real video card as well… I’m using the VESA driver to get X.org to work with my SiS 760Gx integrated video solution (look here to learn why) and got it to work by editing the xorg.conf file to switch over to VESA. It’s a bit slow… but it works. More RAM would help too…

All in all it’s proving to be quite nice. A change for the better, I’m sure.

These two are far, far away from the big multi-touch screens so adored by the digerati jet-set, who are crapping their pants hourly in a very odorous way:

Even though they’re not made anymore, lots of people here in Mexico swear by them. I personally know they’re able to resist most daily carnage. When the shell becomes too scratched, it’s simple to change it over to a new one. The only instances I’ve seen them fail is when the user actually wants their destruction, but against that there isn’t much an industrial designer can do.

Even if they’re GSM locked in to their providers, it’s actually cheaper to buy a new one with another provider than to unlock your existing one. Since they’re usually sold with pre-paid minutes, you don’t risk the iPocalypse or forced to activate the device somewhere.

Also to be considered is their use while traveling. Leave your expensive phone at home, get one of these — or its variants — when arriving at your destination. You’ll avoid roaming charges and other hi-tech hijinks — you know the ones I’m talking about — and you’ll have a local number people can reach you at without paying long distance. This specially works great if you go back and forth between locations. Plus if you lose it or it gets stolen you won’t hurt for it. It might be worth it to have one of these unlocked if you do travel a lot though.

So here’s to them and their successors.

For those who don’ remember their X-files basics:

If you follow any of the links in the article, don’t wonder later why you’ve suffered from lost time.

Please hurry up in maturing, for you have shown what a truly multilingual blogging platform is able to do when implemented properly. I cannot begin to imagine what my WordPress life would be without having you around to let me blog in two languages without too much hassle.

Looks like the newspaper is having a spot of trouble with its RSS feed as this is not the only article with the wrong picture.

Welcome to WordPress. This is your first post. Edit or delete it, then start blogging!