You take a hammer to the fucking thing so it won’t pester you ever again, like so 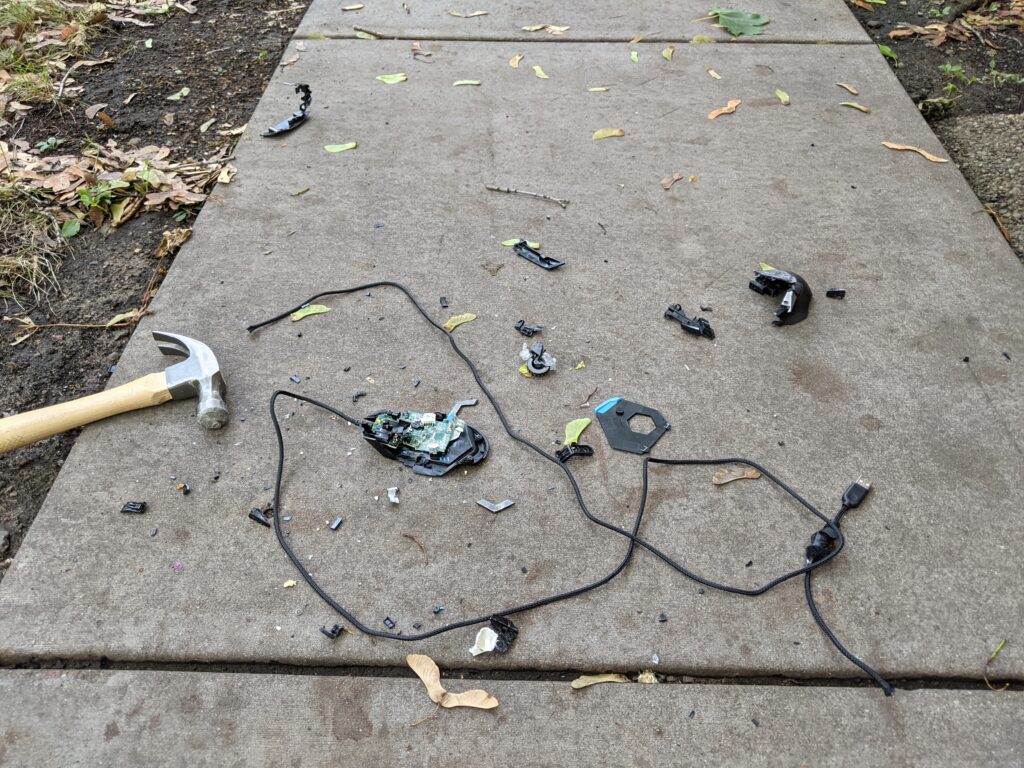 Then you throw that shit in the trash. Just buy a cheap refurb mouse and spend the money you save in a good quality keyboard that you can program with plenty of macros to do stuff the mouse would do for you. We’re currently using a Dell mouse with a ball, even. Brings us back to the good ol’ Q3A days.

We would have bought the newer version of the G503 mouse but the word out there on the dumpster fire that is the G Hub “software” (We’re using the word very loosely here) is extremely negative. Apparently it can even make your entire system crash with its shittiness. We are forced to use due to an errant keyboard purchase but when it breaks down (should happen in, oh, three months or so) we’ll buy something else.

Corsair iCue isn’t better. The less known brands are crap. And the less we talk about Razer, the better

Here’s a market ripe for disruption. With 3D printers and some PCBs, someone could come up with good mouse designs with 5+ buttons.